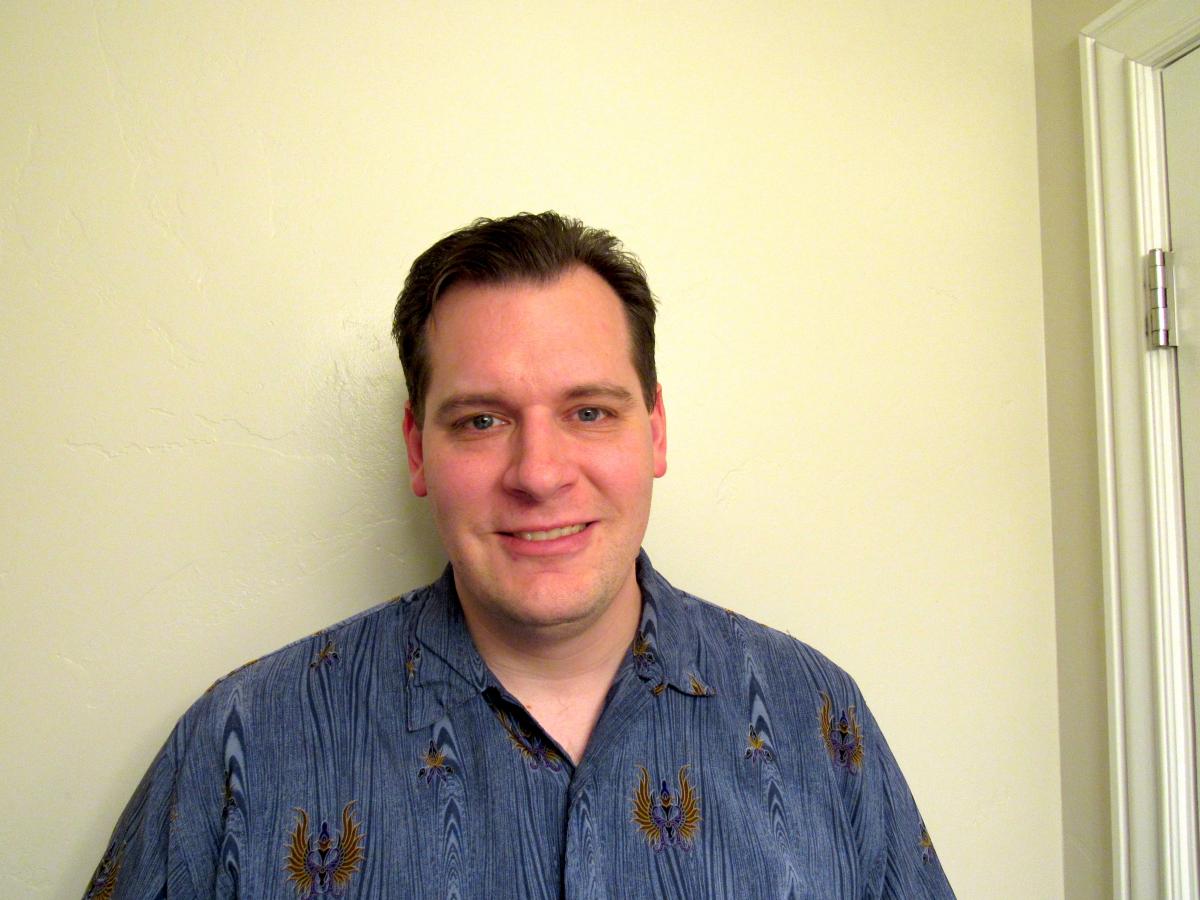 Jacob Fugal (pictured left) knew an opportunity when he saw one. A software engineer by trade, Fugal knew an advanced degree in computer science would help propel his career. Trouble was, that same career made it challenging to carve out time for graduate study.

Then he heard that Georgia Tech, in collaboration with Udacity and AT&T, was about to offer a new, online master’s program in CS priced at a fraction of the on-campus cost.

“The idea of a full degree offered in the MOOC style—with rigor on par with the traditional program and full academic credit—was exciting to me,” says Fugal. “It could be done anywhere and with a flexible schedule. To top it off, it was cheap enough to use as an experiment. If, after the first semester, I didn’t like it, I was only down about $1,000.”

So he took the leap. Less than two years later, Fugal will travel from Utah to walk across the stage in McCamish Pavilion as the proud owner of a Master of Science in Computer Science from Georgia Tech. It will be the first time he has set foot on campus, the first time he has met any of his professors face-to-face. All totaled, he will have spent less than $7,000 on his degree, which he earned while working full-time. (Click here to read Georgia Tech’s official announcement of the first OMS CS grads)

Nineteen of Fugal’s fellow students in the online MS CS program (or OMS CS, as the program is called) will also receive their diplomas this fall, the first of what promises to be a quickly growing community of OMS CS graduates. With enrollment set to top 3,000 students in January 2016, OMS CS might soon require its own seating section at Commencement.

“These are the pioneers, the trailblazers,” says Zvi Galil, the John P. Imlay Jr. Dean of Computing at Georgia Tech, of the inaugural OMS graduates. “They took a chance on something that was new, and now it’s about to pay off for them. I congratulate each and every one of these students for their courage in taking a risk on something new, for their dedication to their studies, and for their commitment to see things through to the end.”

The 20 OMS CS graduates hail from coast to coast, North Carolina to California, Alabama to Illinois, and many states in between. There are also graduating students from Canada and China, but like the program overall, the large majority of students live (and work) in the United States. In Fall 2015, 79 percent of OMS students were U.S. citizens or permanent residents, nearly the inverse of the citizenship demographics for Georgia Tech’s residential MS CS program.

The graduates, like nearly every other OMS student, have continued to work while completing their degrees, and it’s the program’s flexibility for working students, combined with the hard-to-beat price tag, that have made it such an attractive option for so many applicants (nearly 8,000 in two years).

“OMS CS proved to be the best of all possible worlds, giving me the opportunity to stay in my hometown, continue to work, and earn a master’s degree from Georgia Tech,” says graduate Nathaniel Meyer, who lives in North Carolina. “There has been no discernible loss of academic rigor in transitioning from traditional, in-person courses to online courses. There have even been several ‘I know kung fu’ moments after completing a project in Advanced Operating Systems or Machine Learning that seemed incredibly hard before I had done it.”

As the first OMS CS students registered for classes in Spring 2014, College of Computing administrators decided to limit them to two courses apiece, to ensure that students did not take on more work than they could handle. Many students, wanting to graduate as quickly as possible, complained about the restriction.

After a few weeks of class, the complaints stopped.

“The online program is no joke,” says graduate Joe Falkson (California), who believes the courses’ rigor is what he’s enjoyed the most. “I have struggled significantly in the program, but that struggle has been incredibly rewarding.”

“This program is every bit as challenging and demanding as the on-campus curriculum,” says graduate David Ensminger (Alabama), who offered advice for anyone considering an application: “Stick with it, and you will have accomplished something meaningful and rewarding.”

Such sentiments should sound familiar to the worldwide community of Georgia Tech alumni, whose ranks these graduates now join. In fact, one of the other aspects that OMS CS graduates say they most enjoy is the virtual community it sparks among its students, no matter the distance between them.

“The environment and the tools available for us to connect were very effective in delivering the course materials without feeling like it was distance learning,” says graduate Murali Raju, from Ohio. “I have completed an on-campus MS program before, and the OMS CS program was more engaging and challenging.”

Georgia Tech and Udacity knew they needed to provide OMS CS students a forum to interact among themselves and with their instructors and teaching assistants. But what no one anticipated was the degree to which the students would self-organize, using social media channels to form groups.

In addition to the main OMS CS Google+ community, which was created by the students themselves and numbering close to 3,000 members, there are dozens of sub-communities specific to individual classes, to students’ geographic locations—even to languages students speak. One of the more popular is Nerdy Bones, founded by students Bobbie Eicher and Tia Pope and created specifically for women enrolled in OMS CS (a contingent of Nerdy Bones members, pictured above, traveled to the 2015 Grace Hopper Celebration of Women in Computing). Together w 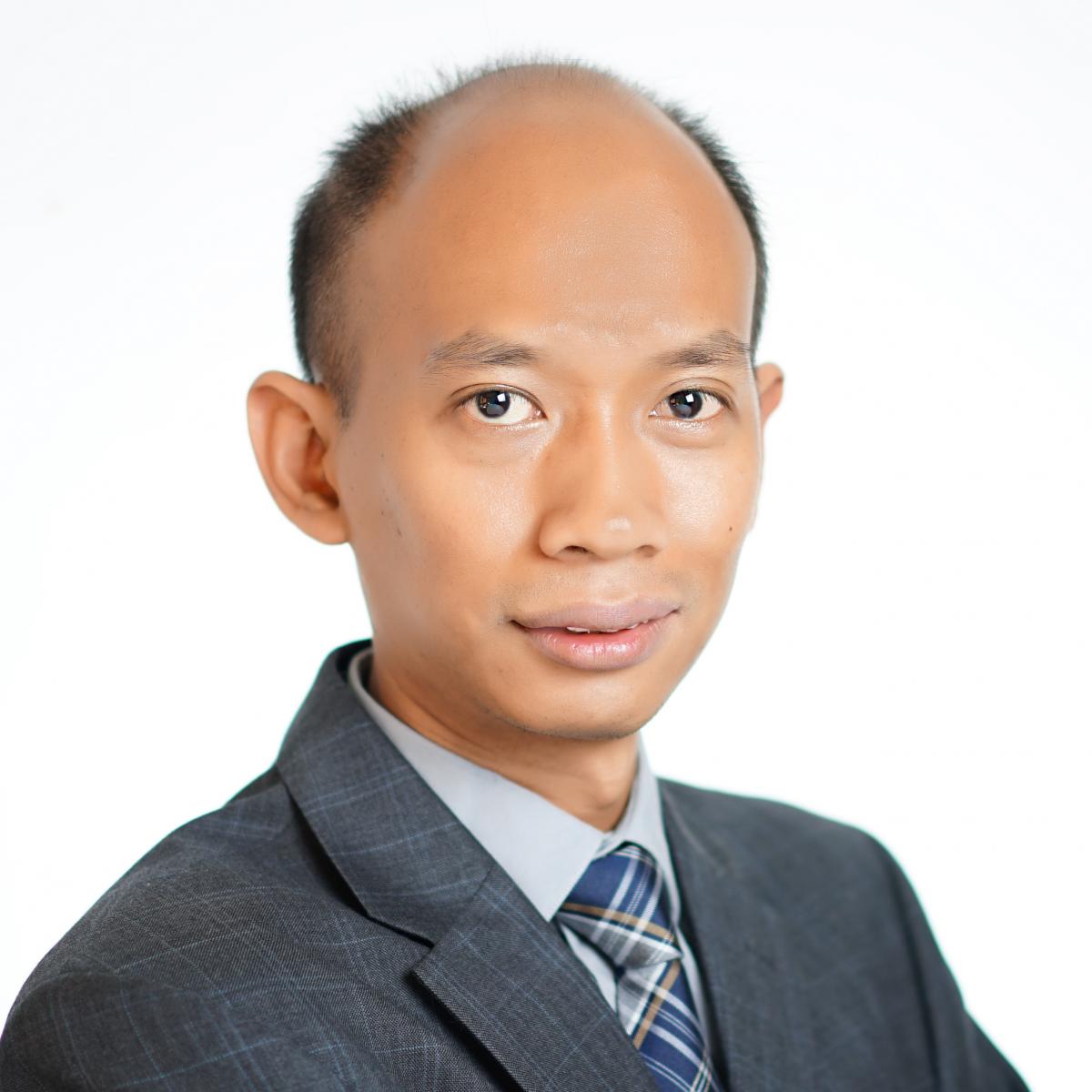 ith the “official” discussion forums, these groups provide a vast network of support for students virtually 24/7, and many students report that questions asked in the various online forums are typically answered within minutes—and usually by a fellow student.

“OMS CS has really excelled in enabling communication among us online students,” says graduate Casey Bennett (Illinois). “This is one of the hardest things to get right in online learning, but it's truly remarkable how quickly a question can be answered, be it a technical problem from an assignment or a logistical question about course registration.”

“I am interested in artificial intelligence and machine learning, and the courses I took in this specialization were awesome,” says graduate Rizki Wicaksono (pictured right), who lives in Pennsylvania but hails from Indonesia. “The content and projects were well thought-out, and the discussions online were full of energy and enthusiasm. I enjoyed OMS CS the most when I had to work on a group project. Getting to know and collaborating with smart students from many different places was fun.”

Of course, the ultimate proof of OMS CS will be in the estimation of employers: Will the degree help students advance in their careers? The vast majority may already be working, but a graduate degree in computer science from Georgia Tech should position them well for advancement. That’s the reason most—but not all—applied to the program in the first place. Stories like Max Rosett’s “secret interview” with Google notwithstanding, the evidence may not be definitive until larger numbers of OMS CS graduates are in the workforce.

The first OMS graduates, however, have made up their minds.

“My friends and family keep asking me if this will lead to a better job or more money, and I hope it will,” Meyer says. “That’s not why I’ve done it, though. I have a great job, work I enjoy, and I really enjoyed learning new things. I want to take what I’ve learned and find new and challenging problems to apply it to—and to keep learning.”

“OMS CS has exceeded my expectations,” says graduate Darren Bedwell (California), who exceeded expectations himself by co-authoring a scholarly article with one of his OMS professors and then co-presenting the paper at an academic conference.

“I expected the content to be rigorous and personally rewarding,” Bedwell says, “and it has been that. But it has also been much more directly relevant to my professional career than I expected. I find myself quickly feeding what I learn in classes into my job. That has changed the way I work and given me new ideas for ways I can improve myself and my career.”

Asked what advice he would give to future OMS CS students, graduate Yingnan Song offered some wisdom that surely will resonate with any Georgia Tech graduate: “Enjoy the pains and the workload,” he says. “What doesn’t kill you makes you stronger.”

Mar 28, 2022 | GTPE Communications
Training, reskilling, and equipping management for the future are all hot topics for organizations today. Just as it is important for individual managers to equip themselves with the skills to grow... Read Article >