GeorgiaTrend: The unemployment rate for Georgia's veterans hovers around 8 percent - 10 percent for those post-9/11 - but there are several new initiatives that are putting people back to work.

Every month the new unemployment rate in Georgia is announced, and we learn how, despite the number creeping down, it continues to be higher than the U.S. rate.

What we don’t hear as often is that in Georgia, there are currently 144,000 jobs open – these are positions that companies cannot find qualified people to fill. And that figure is just the tip of the national iceberg.

Across the United States, there are between 5.4 million and 5.9 million jobs going begging. These are often jobs that require some sort of specialized training or education, including positions in construction, manufacturing, logistics and healthcare. Coincidentally, these jobs – careers, even – are also ones that people with military experience are often well qualified for.

So why are these positions going unfilled, and how can Georgia play matchmaker between veterans and business owners? As it turns out, the answer is in many ways the same way a romance matchmaker does it these days  – on the Internet. 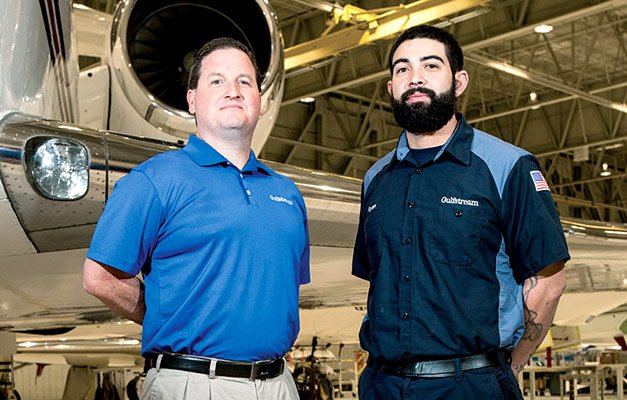 “What we’ve learned over time is that even some of the companies that have taken the pledge [to hire veterans] don’t really know how to do it or how to do it well,” says Ben Hames, the deputy commissioner for workforce at the Georgia Department of Economic Development (GDEcD).

To match companies that have open positions with veterans, transitioning service members and military spouses seeking civilian jobs, the GDEcD has created Operation: Workforce. It’s a program all agree will become more and more important as the number of veterans and people transitioning out of the military grows in Georgia due to sequestration and another round of base closures anticipated in 2017.

“Operation: Workforce was launched in 2012 by Gov. Deal. It’s centered around operationworkforce.com, which is an online portal where Georgia employers can create profiles and they can post jobs specifically for Georgia veterans,” says Margaret Miller, Operation: Workforce program manager.  “There’s also resources on the site, Georgia resources, for veterans and employers.”

Operation: Workforce has nearly 1,000 employers listed on the site – and just like with those romance matchmaking sites, some have spent time on their profiles, making them as appealing as possible to the 4,900 job seekers. Companies include everything from smaller businesses like The Hughston Clinic to the giant Southern Co., which uses Operation: Workforce as just one tool in its veterans employment toolbox.

Mar 28, 2022 | GTPE Communications
Training, reskilling, and equipping management for the future are all hot topics for organizations today. Just as it is important for individual managers to equip themselves with the skills to grow... Read Article >