The recent global pandemic disrupted the world in numerous ways and made us reconsider hidden or ignored forces in our lives. For many, the supply chain was just such a force: almost invisible, but all too apparent when fractured.

Now, as we wade into a holiday shopping season defined by skyrocketing online retail and threatened by the rise in cases, the rebounding supply chain will be put to the test once more.

How will it fare? To understand the challenges facing this holiday season, it pays to remember where we were in 2019.

The Supply Chain Before and During the Pandemic

According to Alan Erera, UPS Professor of Logistics in the Milton Stewart School of Industrial and Systems Engineering and instructor for Georgia Tech Professional Education (GTPE), the previous decade had seen steady, year-to-year growth in e-commerce. Each holiday shopping season, major e-commerce players added resources to meet the shipping demands – but even this wasn’t always enough.

“I think everyone remembers that in years like 2018, perhaps a bit more than 2019, there were significant strains on shipping capacity and some service delays even then,” Erera says. “We saw this year-over-year increase that was difficult to manage for e-commerce players across the supply chain.”

And then the Covid-19 pandemic spread across the globe, impacting supply chains at every level. More people stayed at home due to safety measures, and the demand for delivered goods roughly doubled.

“In the early few months of the pandemic, we had both production issues and supply chain issues,” Erera says, “because producing countries like China and others were facing pandemic-related labor and production problems as well as exporting problems because their economies were largely shutdown for a short period of time.”

The Pandemic and Manufacturing

According to Mike Stonecipher, group manager for strategy and leadership development for the Georgia Manufacturing Extension Partnership (GaMEP) at Georgia Tech and instructor for GTPE, the pandemic’s effect on manufacturing depended on several factors.

With vacations canceled, many families invested in home renovation or outdoor activities like camping, increasing demand for the products involved. These changes in consumer behavior forced manufacturers to keep pace with the altered demand.

“Some manufacturers pivoted because they saw that the products they're making weren't in demand,” Stonecipher says. “Those that had the ability to shift to other products did. They also looked into additional capital, workforce increases, and different or flexible schedules, but also they started investing in technology.”

Over the past five months, this shift translated into a push toward technology that improves performance and reliability.

“Some companies that have processes that run almost continuously can't afford any unplanned downtime because they're at capacity,” Stonecipher says. “They're looking at equipment condition monitoring and predictive maintenance so that there's absolutely no surprise or unplanned downtime.”

Fortunately, a lot of the pandemic-induced problems in the supply chain were subsequently mitigated – but the increase didn’t go away. On top of that, the holidays mean even greater demand for many products.

The National Retail Federation reported an 82% year-over-year increase in data traffic alone during the first week of November. While this sort of increase led to some industry worry, Erera thinks that the supply chain is better prepared.

“These networks have made projections, and they're trying to be ready,” Erera said, “but it's not clear exactly how much demand we're going to see and whether or not there's going to be enough capacity.”

Even with ramped-up capacity, some deliveries will wind up delayed. High-demand products may sell out early – and getting them later in the shopping season could prove difficult. One thing that consumers can do, Erera advises, is avoid waiting until the last minute this year. That’s far from a mere life hack; it’s also a strategy that major shippers and e-commerce players are stressing to customers.

“That messaging is out there because the capacity is somewhat fixed, and it helps to spread demand over a longer peak,” Erera said. “That's why all the sales have started earlier in the beginning of November to try to spread over, let's say, seven or eight weeks rather than just four. That allows them to take advantage of capacity that there might be less of in a few weeks.”

While consumers have grown used to the so-called “Christmas creep” and the expansion of Black Friday sales, both serve to spread out peak sales. While this has always been important for the supply chain, it’s even more important for the 2020 holidays.

“If companies can get you to shop earlier for holiday purchases, they would love that,” Erera said. “We'll see if it persists in the future, but it's absolutely the case that spreading the peak helps on the operation side for these companies.”

And of course, in the end, all of these measures enable us to do our shopping in both a timely and safe manner. The U.S. Centers for Disease Control and Prevention strongly encourages online shopping over in-person to curb the spread of Covid-19, especially on the Friday and Monday immediately following Thanksgiving.

Erera says that an eventual return to in-person shopping won’t impact the supply chains much, and that our reliance on e-commerce is in many ways here to stay.

“Whether you're a small retailer or whether you're a restaurant, you need an e-commerce strategy to survive from 2020 going forward,” Erera says. “It's not going to go back to the way it used to be. The good news is that there has been tremendous growth in robust platforms for enabling e-commerce, even for smaller players and local businesses.”

As we continue to grow as a globally connected society, technological innovation is more vital than ever, but the human element driving it remains key. Through innovation and adaptation, we can continue to rise to meet the challenges of a changing world. 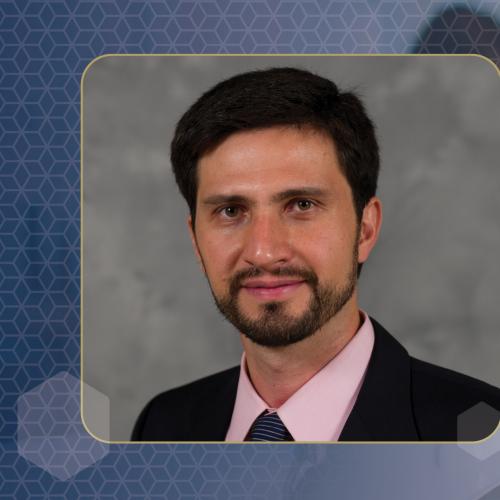 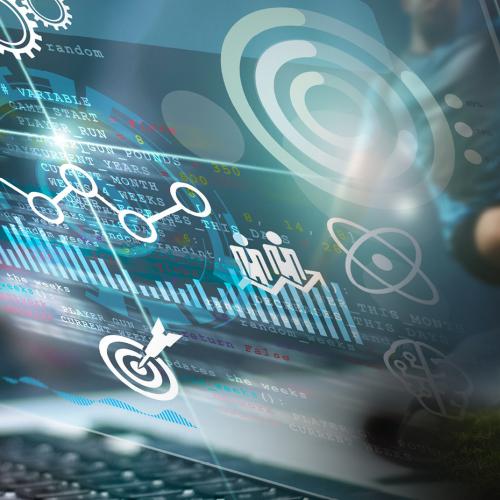 Leveraging Data to Win the Game

Nov 11, 2022 | GTPE Communications
The world of sports, like any industry, requires strategic, data-informed decision-making. However, unlike others, the sports industry is built on direct competition, where decisions have an immedi… Read Article >